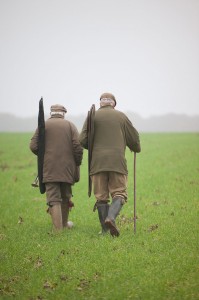 Please read the following shoot sabotage warning from the CLA Eastern Region. Let’s remember not to play into the hands of these individuals, slip the guns, call the police, and don’t give them the ammo they need …

We have recently warned our branch committees that an anti-shooting group appears to be targeting shoots with the purpose of obtaining photographs of those taking part ‘showing aggression or losing their temper’ while holding a gun. The resulting images are then sent to the Police firearms licensing unit with the aim of getting licences suspended.
On Saturday 16 November there was an incident at a shoot on a CLA member’s land in Cambridgeshire, where eight people dressed entirely in black and wearing balaclavas arrived with the intent of causing as much disruption as possible. They had also been seen walking across the land tipping over pheasant feeders.
If you find yourself in such a situation, please appreciate the importance of immediately putting your gun into its slip and remaining as calm as possible and avoiding conflict at all times. You are advised to contact the Police immediately using 999, and to pass on the registration numbers of any suspicious vehicle.

Stay safe out there folks, and don’t let them spoil your day!